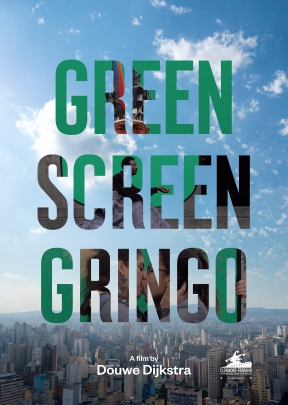 Behind a green screen, a foreigner finds his way in an enchanting – and yet turbulent – Brazil. Where the streets are a stage for politics, art and affection, a gringo can only watch. The result is a mixtape-portrait of modern day Brazil seen through the eyes of the visitor.

Made during a residency at LABMIS in São Paulo.

Glasgow Short Film Fest recorded a podcast with me about Green Screen Gringo. 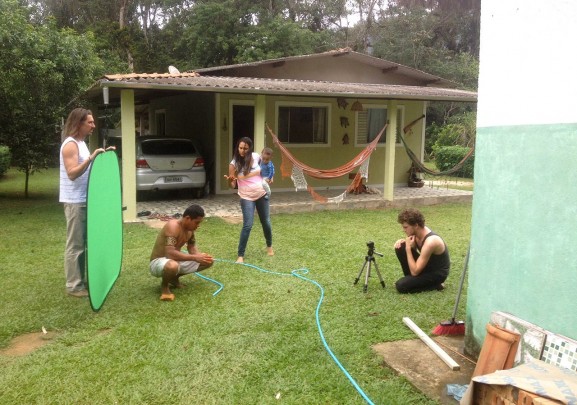 “We first have fun with composite images and pop collages, sometimes even kitsch of “Green Screen Gringo”. But through the strata of realities laid bare by the device of embedding images in the image, the apparent normality is gradually revealed to be deceptive. By making the images permeable, by inventing relations that are a priori non-existent and impossible coexistences in the same plane, the stranger with a green background exposes the social complexity of a country in full political and social turmoil.”
Pascal Catheland in the Tënk catalogue

“For its rich, witty and affirmative portrayal of humanity and solidarity on the streets of a turbulent city, the Grand Prize of the Lab Competition goes to Green Screen Gringo by Douwe Dijkstra.”
Lab Competition jury at the 39th Clermont-Ferrand International Short Film Festival 2017: Nine Antico, Rokhsareh Ghaem Maghami, Rosie Pedlow

“The director proposes an ever-changing reality. Dijkstra films like someone who is learning, he shows us a Brazil that resists institutional narratives. With grace and intelligence, he reveals to as the incongruities of truth. In the end, he finds out that the strangest thing is that everything is normal.”
Text from the Indie Lisboa catalogue 2017 (G.M.)

“The filmmaker’s position as tourist in a complicated political landscape shows great honesty as it highlights themes of displacement, resistance, inequality and echoes of colonialism. The innovative use of the green screen playfully and astutely communicates the grand narrative of Brasil’s turbulent recent events whilst highlighting the persistence of its complex history.”
International jury Glasgow Short Film Festival
Green Screen Gringo won The Bill Douglas Award for International Short Film at the Glasgow Short Film Festival 2017

“As the film itself says, “make up a story of your own”, “there’s a lot going on here”. Playful, startling, stunning, Green Screen Gringo is cinema at its most inventively audacious.”
Andrew Robertson on Eye For Film

“(…)Reality is presented in a new way before our eyes. A green screen opens up through the crowd to reveal the contrasts of a country that is going through political upheaval, but never loses its passion for music, art and pace of life. A chroma transported by hand is used to allow us to dominate at least a piece of reality. The result is a reflection that is as bold and committed to Brazilian society as a protest song to the rhythm of samba.”
Alternative synopsis by Punto De Vista, Green Screen Gringo was part of the 11th Punto De Vista International Documentary Film Festival in March 2017

Made with the support of: IMPAKT Festival Utrecht, São Paulo Museum of Image and Sound and the Government of São Paulo