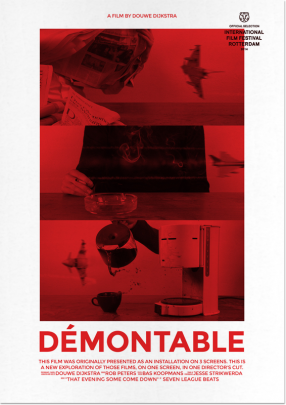 2014 – Démontable is a short film based on a 3 channel video installation by the same name.

War is waged on the kitchen table while a man drinks coffee. The world’s on fire. Helicopters shred his newspaper, a drone fires at a plate of broccoli. Démontable is a playful film on the absurd relationship between daily life and global news. 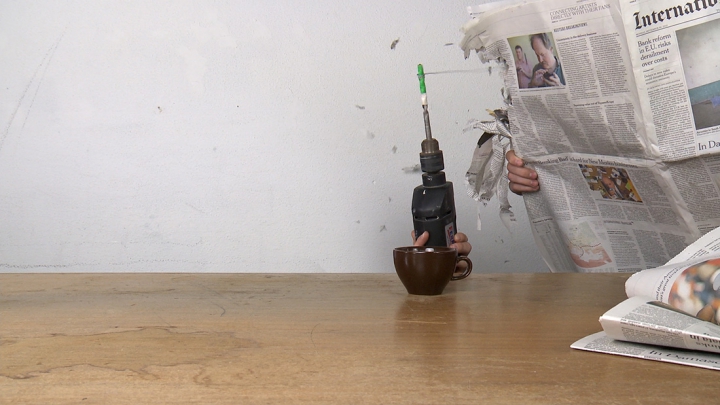 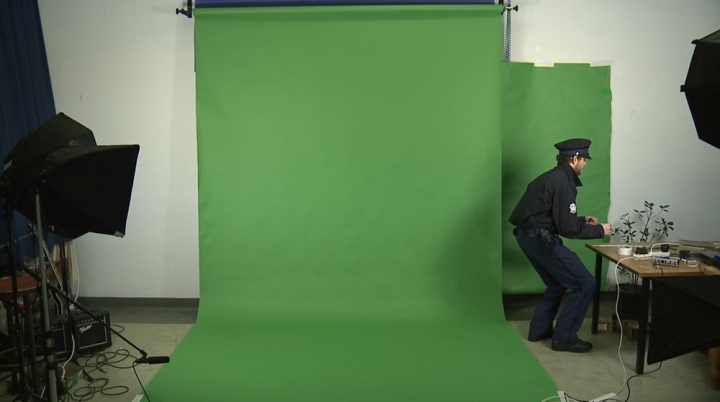 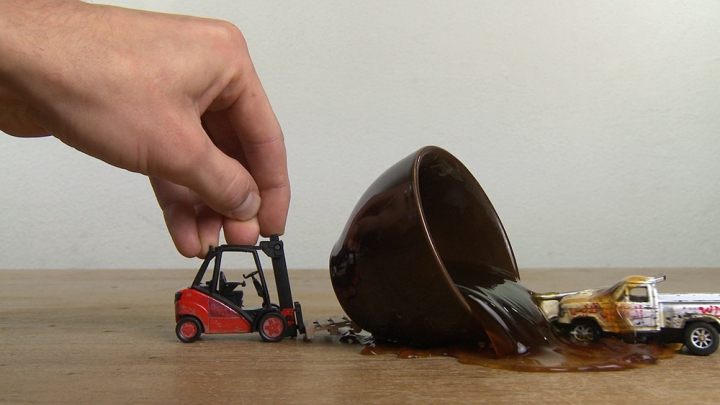 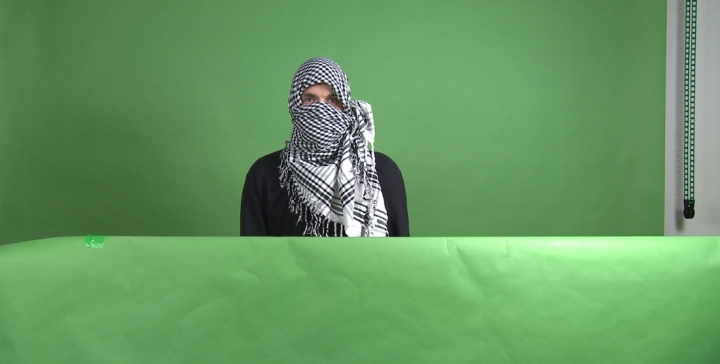 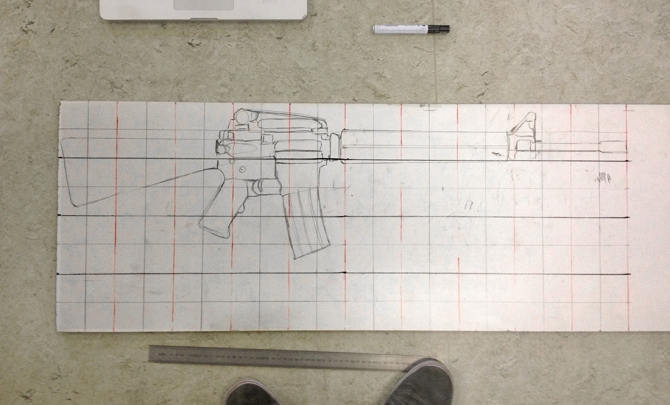 „a film that has a striking ability of colliding the distance between private and political reality. Industrial filmmaking tools of special effects and CGI are appropriated and scaled down turning the dining table into an absurd battlefield.“
International jury, Stuttgarter Filmwinter 2015: Sergio Fant, Maike Mia Höhne, John Smith, Mika Taanila. Démontable won the Norman Award at the Stuttgarter Filmwinter 2015

„It is admirable that Douwe Dijkstra creates a powerful and balanced film while flouting the conventions of traditional filmmaking. Where most productions make great efforts to conceal the use of green-screens, Démontable includes a look behind the scenes in it’s edit. It is choices like this that make for a idiosyncratic and contemporary film experiment.”
Dutch Film Festival 2014 jury for the Golden Calf competition, September 2014. Démontable was nominated for the Golden Calf for best short film

„The refreshing mix of absurdism, surprising visuals and great craftsmanship makes this film really stand out in this very strong selection. Without the use of conventional narratives, the filmmaker presented us a mind-blowing bombardment of visual ideas, a critical yet humoristic view on warfare and above all a revolutionary approach on storytelling.”
Go Short Festival 2014 jury for the Dutch competition. April 12th, 2014. Démontable was awarded a Special Mention for the VEVAM Go Short Award for best Dutch short film

„The best way to describe the media craziness of everyday war time news directly on our kitchen table. 12 loaded minutes of thought provoking, surprising and entertaining filmmaking.”
Sven Schwarz , Managing Director at the Hamburg International Short Film Festival / Curator at A Wall is a Screen, Germany on shorts.cineuropa.org