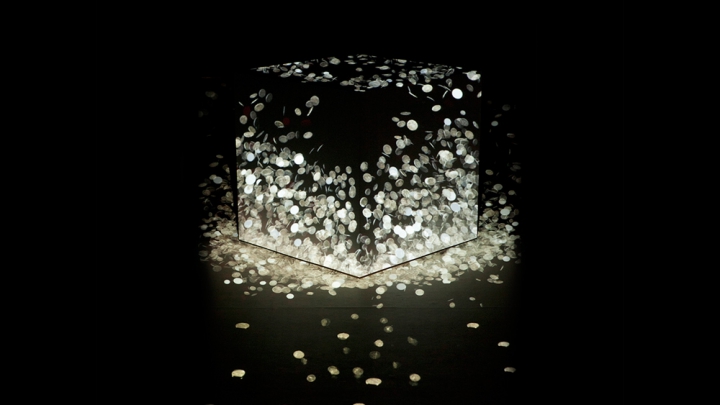 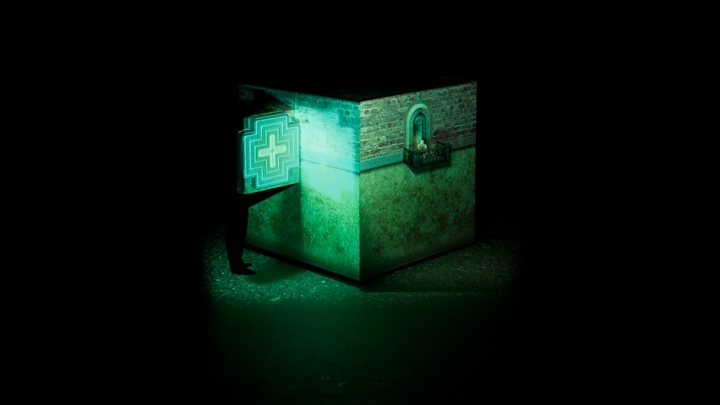 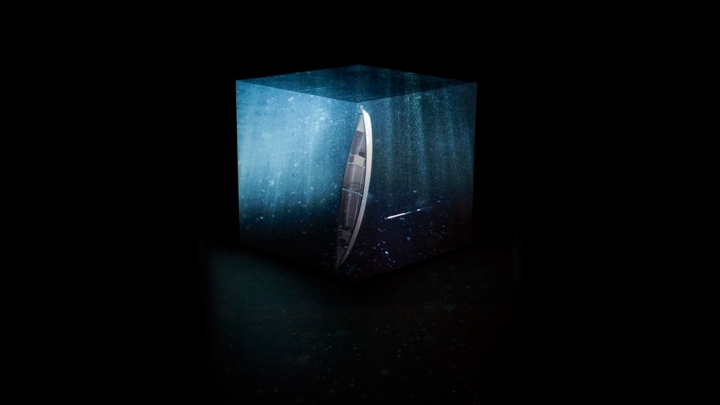 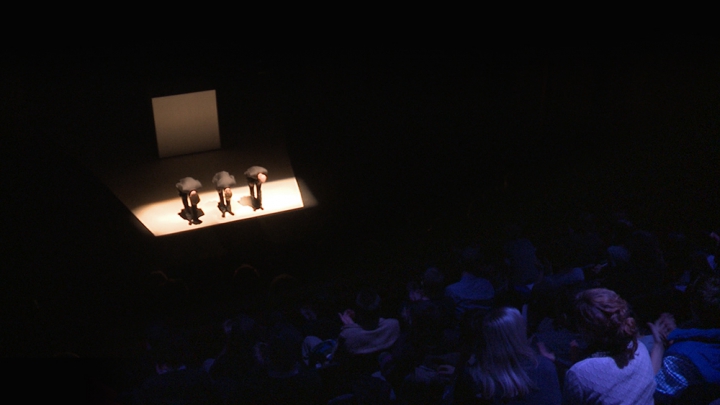 2011 –  33⅓ Collective* was invited by Voi-Z Festival to create an experimental opera based on the classic Bluebeard story. The resulting ‘Bluebeard’ production premiered at the Voi-Z Festival in 2011 and was highly acclaimed by both public and press.

Bluebeard is a theatre piece that primarily uses music, film, animation and video mapping to tell it’s story. It shifts the classical theatre conventions, transforming characters into circumstances and telling the Bluebeard story from the other side of the wall. The resultant atmosphere is that of experiencing the inside of the chambers whilst witnessing a fatal destiny. 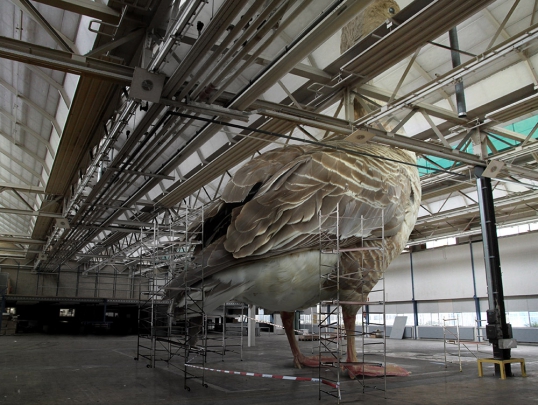 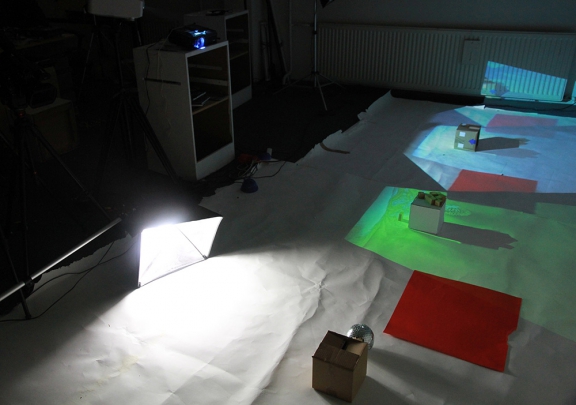 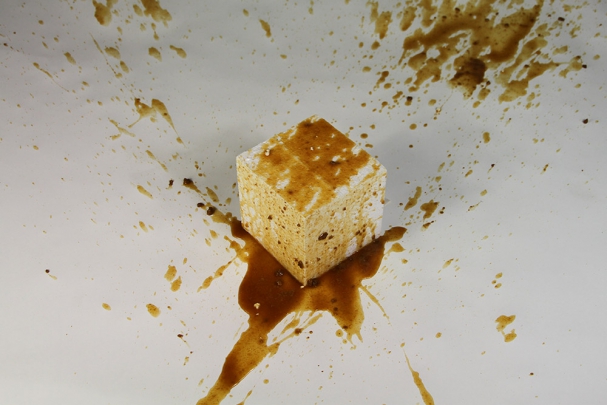 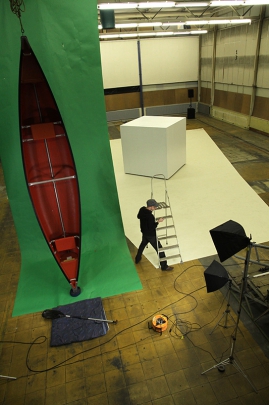 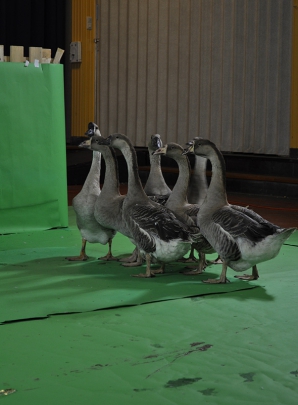 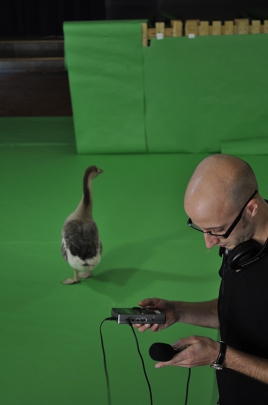 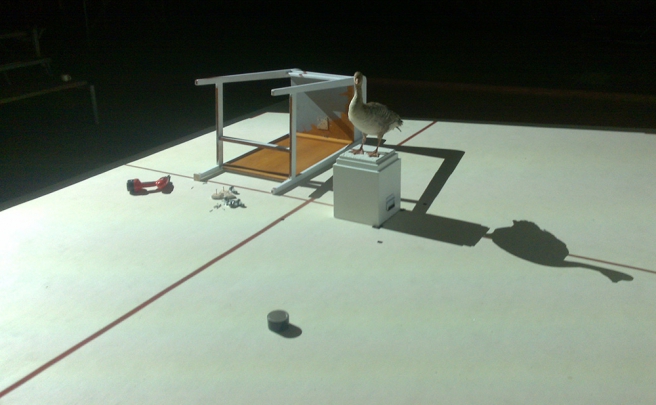 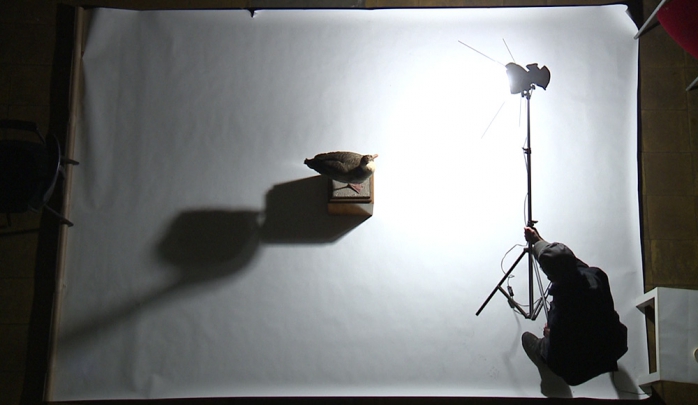 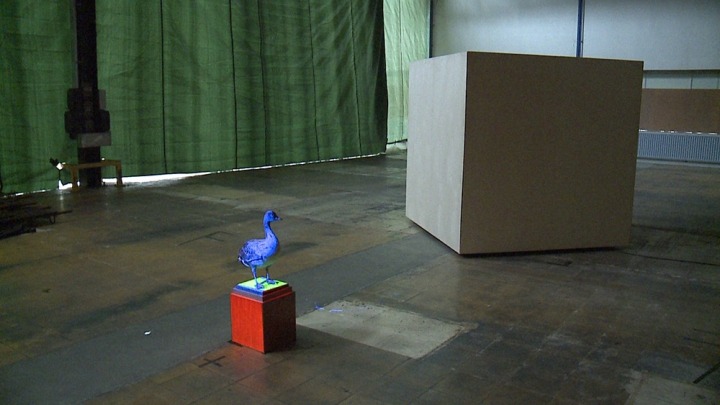 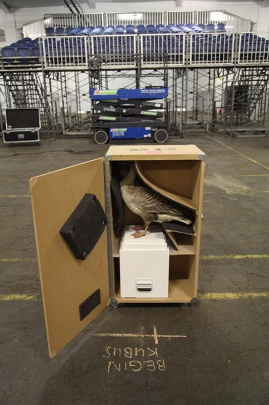 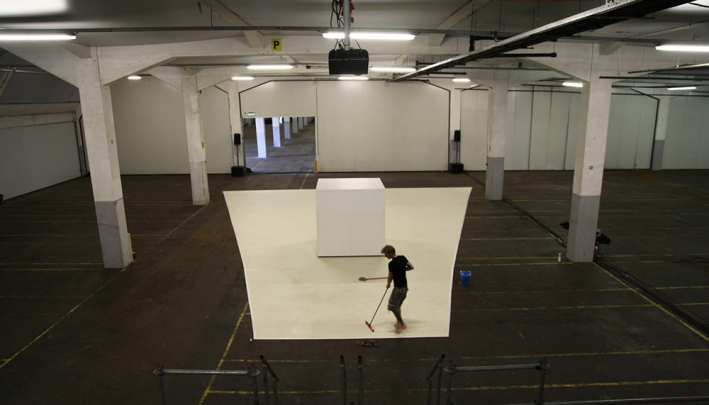 “Three-dimensionality is convincingly evoked, and the performers vividly interact with the images — seeming, in one chilling sequence, to sweep up bodies. (…) at its strongest it peers at the world closely and strangely. Early on there is footage of a key being slowly inserted into an arm. That grotesque, riveting image sums up in an instant the potent mixture of violence and mystery at the heart of the Bluebeard story.”
Zachary Woolfe – THE NEW YORK TIMES, January 12th 2013

“Images flicker and merge across a swiveling white cube and the floor with a sophistication that makes the video projections in conventional opera and theatre productions seem like your granddad’s home movies.”
Richard Morrison, THE TIMES, November 2012

“Video has infiltrated mainstream opera houses, too, but in Bluebeard, three young artists with a white box have unstoppered a stream of 3-D illusions that the Metropolitan Opera should really be coveting.”
Justin Davidson – NEW YORK MAGAZINE, January 20th 2013

“This montage of startlingly three-dimensional images, projected on a large revolving cube and the floor, creepily evoked the journey of Bluebeard’s wife through the many forbidden doors of his castle. (…) combines beauty with intense misogyny.”
Heidi Waleson, THE WALL STREET JOURNAL, January 15th 2013

For more information on Bluebeard, visit www.33one3rd.com
*33⅓ Collective was a platform founded by Jules van Hulst, Coen Huisman and myself.