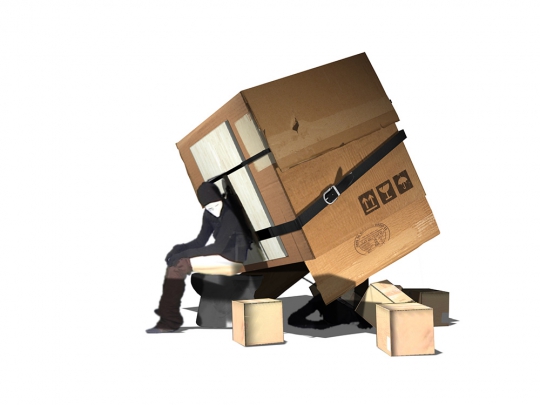 2006 – Backpacking is a series of works made during a residency at Hangar in Barcelona in 2006. Short films with huge backpacks as a shared feature. The coinciding behind-the-scenes film ‘One Day In Barcelona’ sees more than just the studio, showing a whole day from start to finish.

Among other presentations the Backpacking films were shown in the Cobra Museum of Modern Art Amstelveen as part of the 2006 exhibition Play! The Art of the Game. An exhibition about the parallels between the areas of visual art and play.